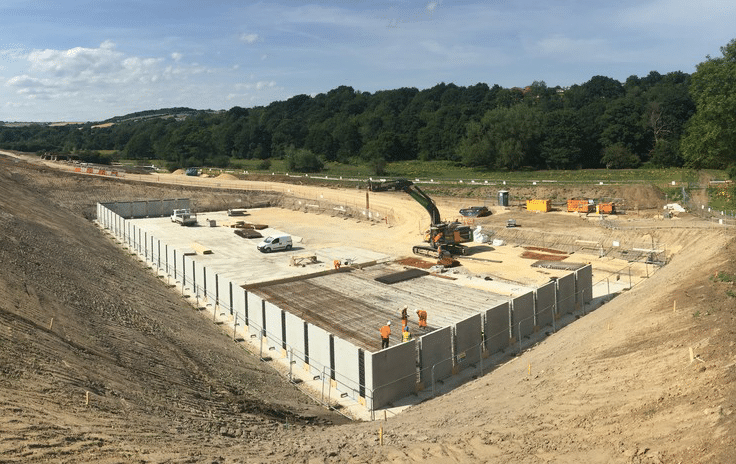 Let’s have a look at this important Flood Alleviation project where the Carlow Tank was utilised by Northumbrian Water.

Background to the job:

The River Deerness not far from Durham had been polluted on three occasions since 2013 because of repeat flooding from sewer manholes. In light of this Northumbrian Water was granted planning permission in early 2018 for a £2.6 million upgrade to its sewer network at New Brancepeth in County Durham.

The nine-month project at Alum Waters saw the construction of a new precast concrete underground combined storm/sewer tank measuring 66M by 30M, with a depth of 2.1M.

How would this combined tank work?

The proposed solution to the flooding incidents mentioned was to:

Around 300M of old sewer pipes were also replaced with larger pipes laid to increase the capacity of the network and help it deal with larger volumes of wastewater.

If you have an interest in this type of Flood Alleviation project and would like to discuss same OR similar please;

Get a Quote  Downwload our Brochure